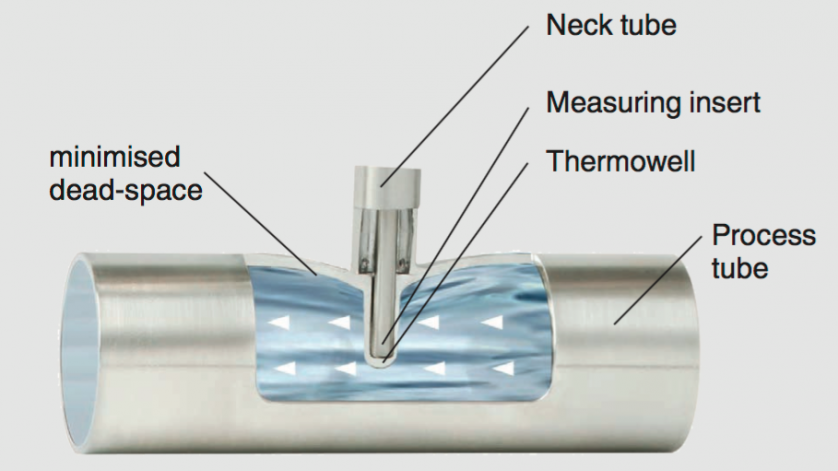 WIKA inline diaphragm seals and flow-through thermowells either reduce or eliminate dead legs where bacterial or fungal contamination can develop in pharmaceutical manufacturing processes.   Process engineers know for decades that “dead legs” in piping and process vessels have been a notable source of contamination, but the problem had not been rigorously evaluated until recently. The American Society of Mechanical Engineers (ASME) Bioprocess Engineering (BPE) standard defines dead legs as an area of entrapment in a vessel or piping that can lead to contamination of the process or product. Peripheral areas of a piping system that are difficult to clean thanks to air pockets can be formed in many different process configurations, but one typical area for these dead legs is the upper branch leg of an upward-pointing “T” fittings (see right). The results of the new ASME BPE Branch Leg Study revealed that the current pharmaceutical industry guidelines may not go far enough to ensure cleanability.

To prevent dead legs, current industry guidelines suggest flow conditions at a length-to-diameter (L/D) ratio of less than two and a tangential turbulent flow rate of 5 feet/sec. L/D is defined as the length of the branch leg over the diameter of the leg. 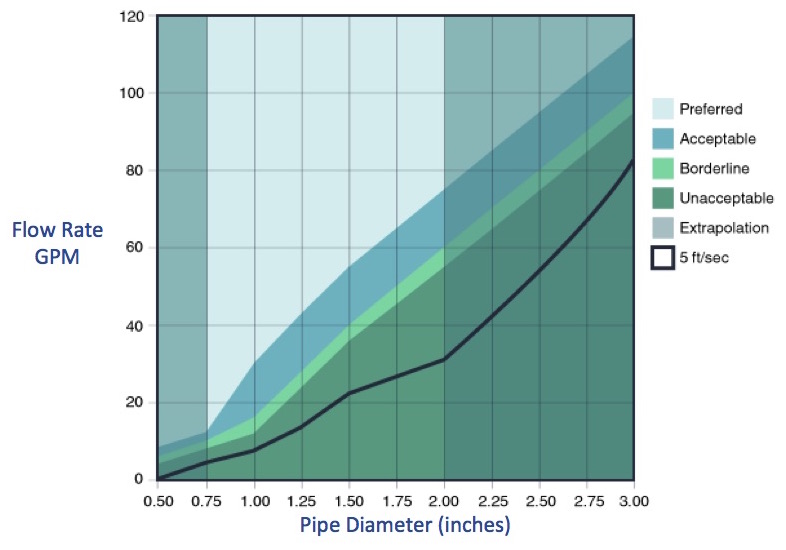 Most modern pharmaceutical and biotech processes meet these standards by using short outlet tees. The new ASME BPE Branch Leg Study shows that in order to ensure a complete cleaning that removes all air trapped in dead legs, the required flow rate would have to be significantly greater than 5 feet/sec (see right). However, with equipment costs and losses due to downtime, it is expensive to increase flow rate, total volume of cleaning solution, or cleaning time. The new ASME BPE study makes several recommendations for improving cleanability and to remove air pockets.

Of course, the ideal solution is to eliminate branch leg connections altogether.

Solutions for the Dead Leg Dilemma

The ASME BPE study indicates that the current industry standards of 5 feet/sec flow rate during cleaning may be inadequate to prevent dead legs. WIKA’s engineers have been studying the dead leg dilemma for decades, and have developed several solutions that almost completely prevent the problems that cause dead legs in the first place.

Inline solutions also avoid the added risks associated with the gaskets used in tri-clamp and other process connections. The sealing gaskets used in tri-clamp and similar fittings may be over-compressed or simply wear out over time, breaking up into small pieces that enter and contaminate the process. Download WIKA’s special report on process contamination, which addresses the issue of dead legs in the pharmaceutical industry.