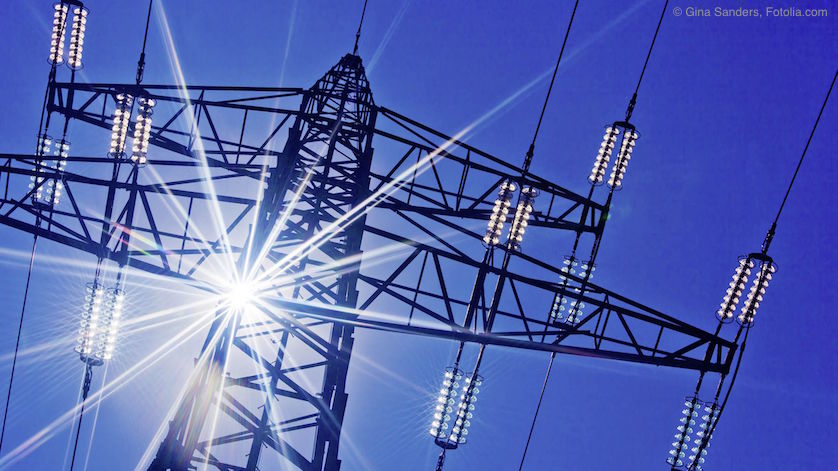 A potent insulator and arc quencher, SF6 gas is widely used in the world of transmission and distribution, as well as other applications. Find the answers to frequently asked questions about this gas’s attributes, risks, and best practices.

Sulfur hexafluoride (SF6) has extremely good electrical and thermal insulation properties. For that reason, it is widely used in médium-and high-voltage electrical power transmission and distribution (T&D). But it requires careful handling. Here are 15 FAQs about this gas, its chemical properties, and how to use it safely and efficiently. 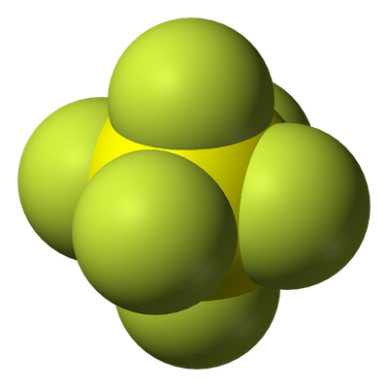 SF6 is made up of one sulfur atom surrounded by six fluorine atoms. Source: Wikipedia Commons

Sulfur hexafluoride is an octahedral (eight faces and six vertices) molecule. It consists of six fluorine atoms surrounding a sulfur atom. The chemical can occur in nature, but most SF6 gas is manufactured. Researchers in Paris were the first to synthesize SF6 in 1900. Large-scale production of this gas in the U.S. began in the 1950s.

2. What are the characteristics of SF6 gas?

SF6 is colorless, odorless, nonflammable, and nontoxic. It is virtually inert, which means it is stable and does not react with other chemicals under normal conditions.

3. Why is SF6 gas such a good dielectric medium?

First, dielectricity is the ability to transmit electricity without conductivity, and dielectric strength refers to how well something can withstand high voltage without breaking down. Electronegativity is the ability to capture free electrons, and fluorine is the most electronegative element known on earth. SF6 has six fluorine molecules that can break away from sulfur, capture electrons during an arc, and then return to its original state. The gas’s electronegativity and high dielectric strength are why it is such a popular insulating gas for use in power T&D equipment.

4. What is the importance of arc quenching in T&D equipment?

When switching or opening an electrical circuit that deals with more than 250 volts, as the contacts start to open, an arc forms between them. This arc can be more than 2,000°C (3,632°F), which is hot enough to melt and make the metal contacts stick to one another. When SF6 gas captures free electrons, it mitigates the effects of arcing.

SF6 is biologically inert and, therefore, is nontoxic to humans and animals. In fact, it is used in medical diagnostics as an ultrasound contrast agent and as a tamponade gas (to plug fluid flow) in ophthalmology.

6. What happens if someone breathes SF6 gas?

Not much. The gas itself is nontoxic and will not harm humans or animals. However, SF6 is much heavier than air and, therefore, can displace oxygen in the lungs and lead to asphyxiation if inhaled in extremely large quantities.

7. Is SF6 gas harmful to the environment?

This gas does not deplete the ozone layer or cause air pollution. It is, however, almost 24,000 times more effective than carbon dioxide (CO2) at trapping heat, making SF6 a very potent greenhouse gas. That’s why it’s so important to always monitor the SF6 level in electrical switchgears for leaks.

As an inert gas, pure SF6 does not damage metals. However, if the gas has been contaminated with water, some of the byproducts generated during arc-quenching cycles are corrosive. See #13 for more information on water as an impurity.

9. What are the most common applications of SF6 gas in electrical power?

SF6 is routinely used as an electrical and heat insulator in medium- and high-voltage T&D applications. These include:

10. In what other industries are SF6 gas used?

Besides electrical T&D applications, SF6 is commonly found in radiological instruments, particle accelerators, equipment for semiconductor production, and magnesium and aluminum casting. It is also used as insulation in windows to dampen sound, and as a tracer gas in mining.

11. Why is SF6 the preferred insulator for breakers and switchgears?

SF6 is extremely effective at quenching the arc generated when switching or opening electrical circuits. It also has very high thermal conductivity, especially at high temperatures, and, therefore, dissipates heat much better than air, nitrogen, helium, or other gases. In addition, equipment insulated with SF6 has lower operating noise, does not emit hot gases, and require relatively little maintenance.

12. What’s the best way to check the integrity of an SF6 breaker?

13. Why is humidity a problem for SF6 breakers?

In a dry environment, SF6 can quickly break apart to capture free electrons, and then recombine. However, when moisture enters a breaker, the sulfur and fluorine molecules grab water’s oxygen molecules to form byproducts during high-temperature episodes. One result is that there is now less of the gas to act as insulator. The second problem is the byproducts themselves, many of which are toxic and corrosive. These byproducts include thionyl tetrafluoride (SOF4), thionyl fluoride (SOF2), sulfuryl fluoride (SO2F2), sulfur dioxide (SO2), and disulfur decafluoride (S2F10).

14. What can be done about humid and dirty SF6 gas?

Use equipment specifically designed to handle SF6 gas. WIKA has the gas handling equipment for all sizes of T&D equipment. The GPU-2000, one of our SF6 solutions, recovers and fills the gas in switchers and cleans the gas of impurities. The GAD-2000is able to dehydrate SF6 without having to take equipment offline.

15. Are there any regulations or standards regarding SF6 and its byproducts?

The IEC(International Electrotechnical Commission) has several SF6 standards in place including: