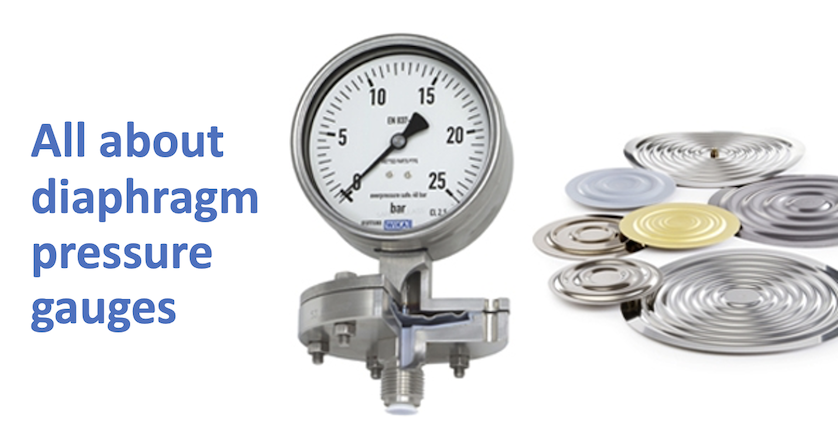 A diaphragm pressure gauge, sold under the Sealgauge™ brand at WIKA and also known as a Shaeffer gauge in the industry, uses a sensitive yet robust diaphragm as the measuring element. The main characteristic of a diaphragm gauge is that it does not require a transmitting liquid (system fill) to transfer the pressure displacement into a pointer rotation. A push rod connects the diaphragm with the movement mechanism.

Diaphragm pressure gauges are easily distinguishable from Bourdon tube gauges. The latter houses the Bourdon tube inside the case, while the diaphragm gauge contains the diaphragm sandwiched between the upper and lower housing (flange) horizontally outside of the case. The size of the flange depends on the pressure range. Ranges ≤100″WC (250 mbar) require a larger diaphragm (nominal size 160 mm, or 6″) while ranges >100″WC (250 mbar) use a smaller diaphragm (nominal size 100 mm, or 4″). 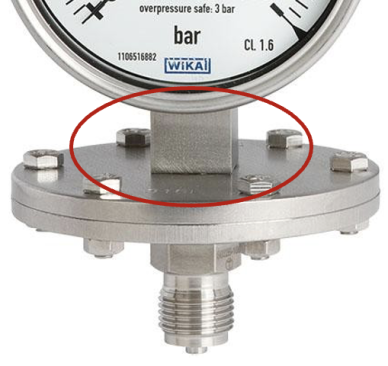 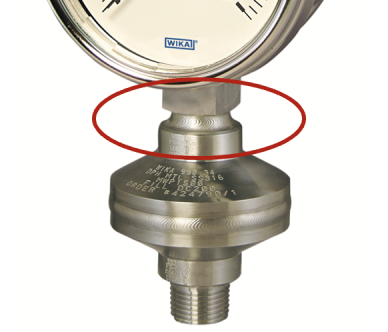 The unique characteristics of a diaphragm pressure gauge makes it a unique problem solver in the process industry.

This two-part series continues next week with “Three Reasons to Use a Diaphragm Pressure Gauge.”