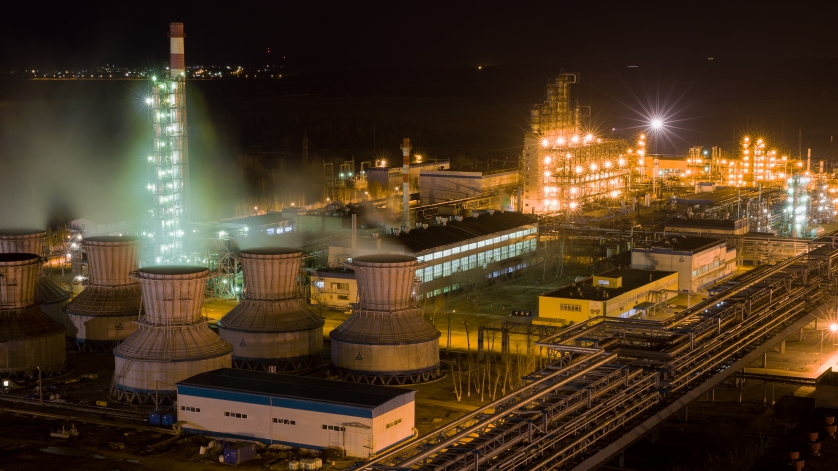 There is a wide selection of level indicators in the market, but what do you do when none of those fit the requirements of your application? That was the problem a major chemical company recently faced. It needed to measure the total liquid level and interface liquid level in one of its storage tanks, but its engineers could not figure out how to get the job done. Our solution: a customized dual chamber magnetic level indicator built to meet the company’s specific requirements.

Often in the refining and chemical industries, liquids with dissimilar densities are products of the same process and end up in a common tank. The contents generally separate on their own, with the heavier substance settling to the bottom and then drained out of the tank, while the remaining lighter liquid is ready to be moved to the next step of the process.

One of the storage tanks of this chemical company contained both water and piperylene, a byproduct of ethylene production from crude oil. Operators needed a visual indication of the two liquids, in total and also at the level in which they interface. The tank, however, had only one set of process connections and could not accommodate separate indicators.

Some manufacturers had offered the company dual magnetic level gauges. These indicators, however, were just single chamber indicators with two floats. The problem with this approach is that the length of the floats limits the range of measurement difference between the two levels. The floats can “bump” into each other and, consequently, provide inaccurate information. 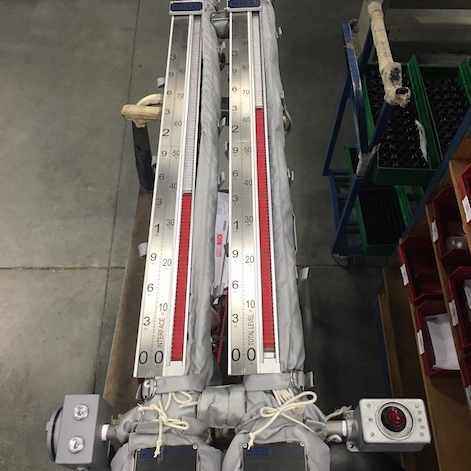 Based on its complete line of magnetic level indicators, WIKA designed and manufactured a device for dual chambers. For this customized solution, in one chamber we put in a float calibrated to sit between the two liquids to measure the water and piperylene interface level. In a second chamber, we designed a float to sit on top of the lighter piperylene to measure the total level of liquid in the tank. Since the two floats are hosted in two separate chambers, they do not interfere with each other, thus allowing accurate measurement of both levels.

WIKA also provided dual scales on each chamber for level indication in feet/inches and as a percentage. The chambers were insulated to keep the density of the liquids consistent.

Results: Accurate Information at a Glance

The customized solution that WIKA provided served to address the issues posed by this particular application. Operators now have a clear indication of both interface and total liquid levels, and can easily control the process to ensure safe operation and efficient performance.

Accurate level measurement of liquids in storage and process tanks is a high priority in many manufacturing plants. The dual chamber magnetic level indicator can be applied to other applications in the chemical, petrochemical, and refinery industries to measure liquid levels using imperial units, metric units, as a percentage, or combination of the above. It can be designed for any tank size and for use with any media. WIKA experts can design an optimum solution engineered specifically for almost any application.