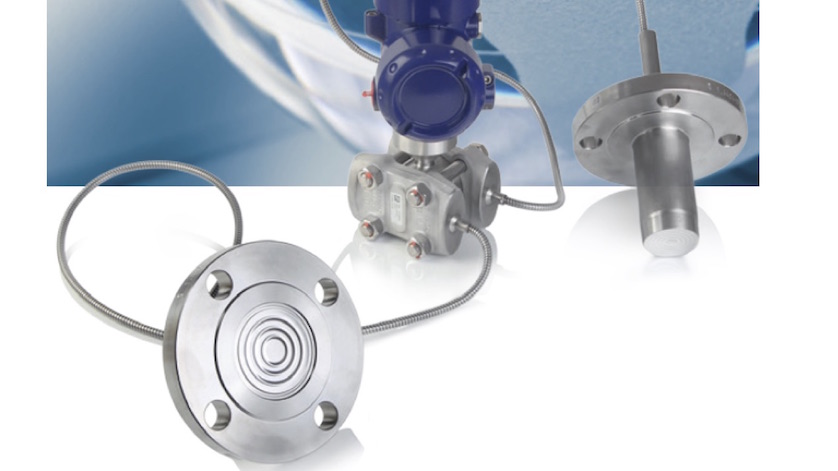 High temperatures, corrosion, and crystallization can put a lot of stress on – and quickly damage – even the most robust pressure measuring devices. WIKA USA has designed an extra-tough diaphragm seal to protect mechanical pressure gauges, pressure switches and transmitters, and differential pressure sensors from the aggressive environments found in urea-based fertilizer production.

An increasing global population and a larger middle class in developing countries have led to a demand for greater food production. In response, the agriculture sector continuously looks for ways to get more from the same amount of land. Growers use various fertilizers to replenish the soil with nitrogen to boost yields, but the most effective and convenient products have a urea base.

Urea is formed by the chemical reaction of ammonia (NH3) with carbon dioxide (CO2). The warm urea liquid obtained in this wet stage is then dried to a solid, which has a nitrogen content of about 46%. Urea fertilizer production creates problems for pressure measuring devices because the process is under continuous high temperatures and high pressures. The process media can also corrode, crystallize, combust, and/or explode. What’s more, media aggression changes during the production process.

When a pressure measuring device fails suddenly, the fertilizer plant faces unplanned downtime for repairs and replacements. Too many shutdowns impact productivity and results in economic losses. Normally, a flange-type diaphragm seal separates pressure instrumentation from process media, protecting it from excessive damage. However, even standard urea-grade steel diaphragms cannot withstand these conditions for long periods of time.

To make matters worse, a diaphragm seal has a critical point where the diaphragm connects with the sealing surface of the main body. Negative pressure at this point can create creases on the sealing surface and lead to rupture. Also, the welded point is a mixed structure of two different materials and is, therefore, prone to corrosion.

WIKA has developed a 1.4466 urea-grade steel alloy that withstands most of the harsh environments found in urea production. For critical measuring points, WIKA manufactures diaphragms seals using extremely corrosive-resistant materials, such as tantalum and zirconium. To ensure the quality of these special diaphragm seals, WIKA conducts helium leak tests and liquid penetration tests, and fully documents the results.

WIKA’s experts didn’t stop at just finding, developing, and using superior materials. They also improved the design of diaphragm seals by introducing a patented metal bonding to connect the diaphragm’s raised face over its entire surface. This bond is free from porosities, thus preserving the material’s purity. WIKA’s metal bonding eliminates the problems seen in standard diaphragm seals between the diaphragm and main body.

WIKA produces metal-bonded diaphragm seals with extended diaphragms. All wetted parts in this configuration — the diaphragm, the cylinder protruding into the process, and the raised face — are made of tantalum or zirconium to provide the best possible protection.

In the production of urea fertilizers, it’s practically impossible to ensure stable measurement of the process pressure with standard diaphragm seals. They cannot withstand the harshness of the process media, and they do not provide a uniform resistance across the entire process, such as when urea becomes more concentrated and, therefore, more corrosive. Contact WIKAto learn more about pressure measuring devices that are tailor-made for the corrosive and challenging conditions found in urea fertilizer production.