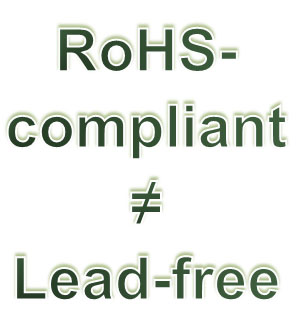 Vapor recovery systems reduce fugitive emissions and recover economical quantities of light hydrocarbon vapors from oil and gas storage tanks. Instead of burning off volatile flash vapors created when pressures decrease or temperatures increase, these systems recover vapors that have flashed inside crude oil or condensate tanks. A vapor recovery unit collects vapor under pressure and converts it into a usable product.

An Environmental Protection Agency report titled “Installing Vapor Recovery Units on Storage Tanks” explains how vapors are produced: “During storage, light hydrocarbons dissolved in the crude oil or condensate—including methane and other volatile organic compounds (VOC), natural gas liquids (NGLs), hazardous air pollutants (HAP), and some inert  gases—vaporize or ‘flash out’ and collect in the space between the liquid and the fixed roof of the tank.  As the liquid level in the tank fluctuates, these vapors are often vented to the atmosphere.”

Modern vapor recovery systems can capture more than 95% of the gases that accumulate in storage tanks. The recovered vapors contain natural gas liquids, so they typically have a Btu content greater than that of most pipeline natural gas. In some cases, the Btu content can surpass 2,000 Btu per scf. This means recovered vapors are often more valuable than methane. A basic vapor recovery system includes a scrubber, a compressor, a switch, and an instrument to measure pressure. Accurate measurement is critical in maximizing the benefits of vapor recovery systems, including liquid-level monitoring in tanks and monitoring systems for saltwater disposal techniques. Vapor recovery applications require reliable, highly accurate pressure transmitters, such as WIKA’s Type IS-20-VR Hazardous Area Transmitter for Low Pressure Applications.

WIKA used 2010 EPA data to produce a study detailing the economic benefits of vapor recovery systems. WIKA’s analysis showed that even a small system recovering 25 mCF of volatile vapors daily would pay for itself in 14 months, and a larger 200 mCF system could pay for itself in as little as three months. Reducing fugitive emissions also helps oil and gas production and refining operations to comply with environmental regulations and avoid fines. According to the EPA, vapor recovery systems “capture HAPs and can reduce operator emissions below actionable levels specified in Title V of the Clean Air Act.”