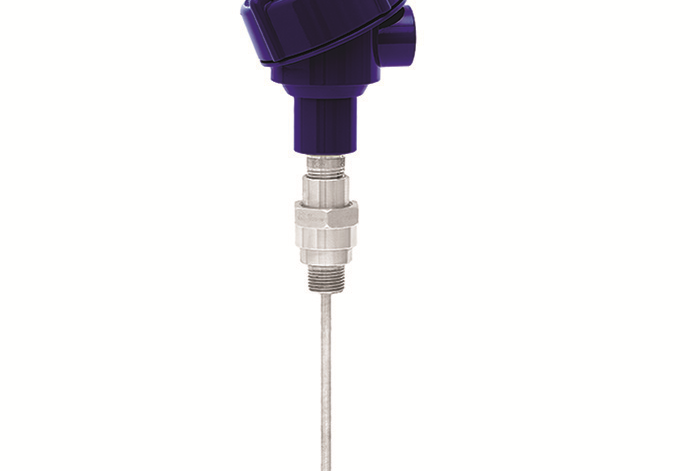 The process engineers at a major chemical manufacturer were stumped. They were regularly getting very poor response times from their process temperature sensors and simply could not figure out why. The response times to temperature changes were consistently close to 30 minutes longer than they should have been, but all of the system diagnostic tests showed there was no problem with the sensing instruments. After checking everything they could think of, the engineers contacted the provider of the temperature sensors and explained the problem. However, technical staff of that well-known instrument maker could not explain the unusual lag in their resistance temperature detector-type sensors. Keep in mind that temperature control is essential in almost all chemical processes, and a half-hour lag is a major issue. Inaccurate temperature control can lead to expensive problems, such as spoiled batches, or, in a worst-case scenario, even lead to fugitive emissions or process leaks through damaged seals in valves, instruments, and equipment.

In search of a solution, the lead Control System Engineer at the plant consulted with a temperature specialist from WIKA Instrument. Within just a few minutes of conversation, WIKA’s temperature specialist was pretty sure he had a good idea what the problem was. He had heard of this lag problem before: It was almost always related to the sensor tip not actually making contact with the media to be measured. It is generally necessary to have direct contact between the sensor tip and the process media pipe or storage tank wall in order to get a near-immediate temperature reading. Any kind of a gap between the tip and the surface to be measured will result in a lag before the heat is transferred to the sensor. After a plant walkthrough, the temperature specialist’s initial suspicion was confirmed. The temperature sensors weren’t long enough to touch the bottom surface of the process wells. This was causing the reading delay. 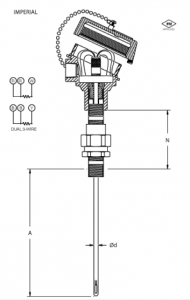 WIKA’s temperature engineering team suggested that a spring-loaded RTD (resistance temperature detector) assembly was the best way to make sure the sensor tip reached the inside bottom of extra-deep thermowells. WIKA provided the maintenance team at the plant with three sample spring-loaded sensor assemblies, which passed all tests and interfaced seamlessly with the plant’s distributed control sensors (DCS). The new temperature sensors have performed flawlessly, plant management is happy and WIKA has another satisfied customer who has already expressed an interest in future temperature sensor business.