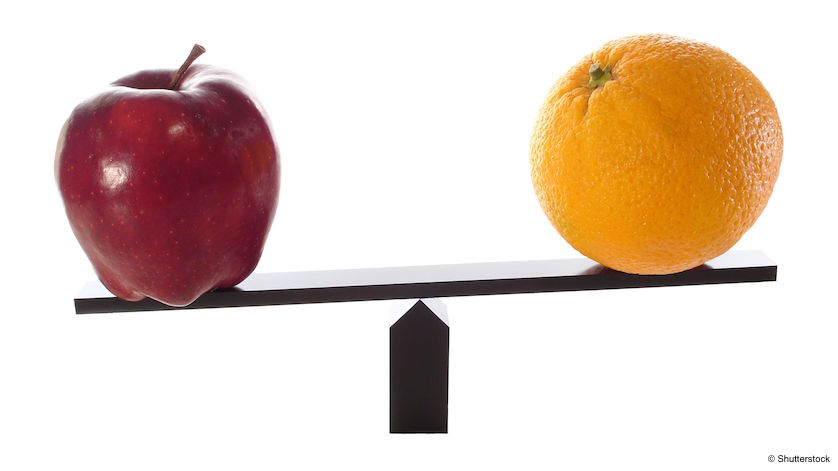 Many process applications rely on either a wire-wound or thin-film resistance temperature detector (RTD) to provide efficient and safe operations. These two types of resistance thermometers have different properties, and each has its pros and cons. In reality, this is an apples-and-oranges comparison. Adding to the confusion is that the European standard takes into account the differences, while the American standard treats them the same.

Which one performs better, a wire-wound or thin-film resistance temperature detector (RTD)? The answer depends on several variables, especially your process environment. Adding to the confusion are different standards, IEC and ASTM.

To find out which industrial resistance thermometer is better suited for your applications, it helps to understand the makeup of each sensor and to learn more about their advantages and disadvantages.

An older technology, wire-wound resistors consist of a thin platinum wire wrapped and fused inside a glass casing or embedded in ceramic. Glass wire-wound resistors can withstand a certain amount of vibration but become less accurate at temperatures above +400°C (+752°F), when glass properties begin to change. This change increases electrical conductivity and causes the sensor to lose accuracy. Ceramic wire-wound resistors, on the other hand, experience less drift due to mechanical forces during temperature changes, but they are susceptible to breakage under vibration.

In a thin-film resistor, a very fine layer of platinum is deposited on a ceramic carrier. Then the platinum film and wire connections are sealed together with a glass layer. The disadvantage of using this type of RTD is that the platinum film, the ceramic base, and the glass layer all behave differently at different temperatures. When temperatures are too low (−50°C/−58°F) or too high (+500°C/+932°F), the measurement taken with a thin-film resistor may deviate more from the actual value than that of a wire-wound resistor. This deviation has nothing to do with the quality of the materials and craftsmanship, but is the result of the design and the type of materials used and is addressed in the IEC standard.

On the plus side, thin-film resistors are small and resist vibrations extremely well, thanks to their smaller mass (weight) and construction. They are also more tip-sensitive. In addition, because this type of RTD uses only a miniscule amount of platinum vs. a wire-wound resistor’s long length of the precious metal, thin-film resistance thermometers are less expensive.

Due to their larger size, higher price, and sensitivity to vibrations, wire-wound detectors are falling out of favor and being replaced by thin-film sensors. The IEC 60751 (DIN EN 60751) standard forindustrial platinum resistance thermometers and platinum temperature sensors was corrected in 2008 to take into account the differences between wire-wound and thin-film resistors. It lists tolerance classes and temperature ranges separately (Table 1). With this standard, there is no room for misinterpretation as it clearly defines accuracy classes for each type of resistance temperature detector.

The ASTM E1137/E1137M standard was re-examined in 2014, but no corrections were made to include differences in the behavior of wire-wound and thin-film resistors. This standard continues to operate with two tolerance classes (grade A and grade B), both defined for a temperature range of −200°C to +650°C (−328°F to +1,200°F), regardless of the type of the sensor.

When it comes to evaluating the two different types of thermometers side by side, the different criteria used in the IEC 60751 standard and the ASTM E1137/E1137M standard may lead to confusion. In reality, this is an apples-and-oranges comparison. At first sight, it seems that ASTM-compliant detectors are better than IEC-compliant ones, as the former encompasses a broader temperature range. However, the ASTM standard does not factor in how differences in material behavior affect accuracy, particularly at low and high temperatures (Table 2).

Table 2: Temperature ranges (in °C) and tolerance classes/grades for wire-wound and thin-film thermometers for the ASTM E1137/E1137M and IEC 60751 standards

Advantages and Disadvantages of Each RTD Type

The conditions of the process determine which type of industrial resistance thermometer is better for the application, as each has its pros and cons.

In summary, if you need a highly accurate RTD along a wide temperature range, especially at the upper ranges, the higher cost of a wire-wound resistor is worth the extra expense.

On the other hand, thin-film resistance thermometers are ideal for food and beverage, pharma, and other sanitary applications where typical process temperatures stay below +250°C (+482°F). Using the latest thin-film technology, WIKA’s TR21 line of miniature RTDs is an affordable, space-saving temperature measurement solution for liquid and gaseous media. Each resistance thermometer comes with a direct sensor output (Pt100/Pt1000 in 3- or 4-wire version) or with an integrated transmitter with a 4 … 20mA output signal. All process connections meet the stringent requirements of sanitary applications. Electrical components are protected against moisture. Insertion length, process connection, sensor, and connection method can be selected to match your needs.

With their low cost and other advantages, thin-film sensors are becoming more popular for many – though not all – applications. Still unsure about which industrial RTD to use for your particular situation? WIKA’s team of temperature experts would be happy to provide further assistance.