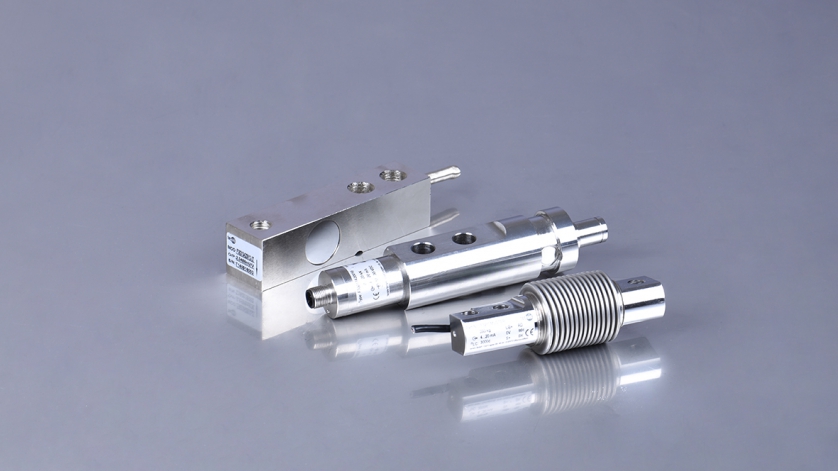 “Phew, I’ve not gained anything!” Aren’t you relieved when your bathroom scale shows that? But in actuality, your scale doesn’t directly measure your weight. Instead, the load cell built into it converts the weight force into a path. In many industrial applications, bending beams and shear beams are often used for such measurements.

How Is Weight Measured?

Be it a bathroom scale, a finely calibrated laboratory balance, or the gravimetric level monitor of a silo, these measuring instruments determine mass. As a rule, they measure the weight force that’s occurring. But unlike, for example, a beam balance or a spring balance, the load cells used for this determine the weight force indirectly. For this purpose, these force transducers convert the weight force into a path.

Here’s the principle: In a load cell, the weight force deforms a built-in spring or a bending beam. The intensity of this deformation then gives information about your weight – or, more precisely, about your weight force – in the case of your bathroom scale. And with that information, it also answers the question of whether you can order a dessert or should start thinking about a diet!

The “Core” of Bending Beams and Shear Beams 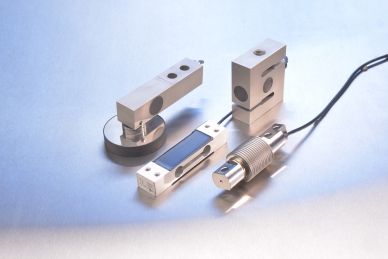 How can you determine how far the measuring bodies of a bending beam or shear beam load cell deform? At this point, special strain gauges or thin-film sensors come into play. These are attached to or mounted in the measuring bodies. In the measurement process, they act as a mechanical intermediate stage.

Example of strain gauges: These are glued to the measuring body. If the measuring body deforms, this is transferred to the strain gauges. These convert the elastic deformations proportionally into electrical signals. Such changes in resistance can be easily and very accurately measured: with a measurement accuracy of between 0.01% and 0.05% Fnom. The calibration is made in grams, kilograms, or tons.

As an alternative to these glued foil strain gauges, there are force transducers with welded-in thin-film sensors. This is a technology that the WIKA Group excels in and for which, in the field of force measurement, is the only supplier on the market. The thin-film technology offers consistently high quality, an exact measurement directly in the force flow, very good temperature characteristics, and high long-term stability. With bending beams and shear beams, the standardized sensor is welded into the measuring element using a laser, which enables automated series production.

Bending beams and shear beams are used in weighing technology to determine the weight of small and medium-size vessels, and are also frequently used in force measurement. The agricultural industry, for example, frequently uses load cells for weighing livestock, when dosing animal feedstock, in gravimetric level monitoring of vessels and silos, and for weighing straw or hay bales directly in the baling press.

But beyond these fields of application, bending beams and shear beams can be used in a wide variety of other ways:

Bending beams and shear beams are also often installed for applications in the building materials industry, the chemical industry, the food industry, and medical technology.

Bending beams and steam beams can check fill levels by measuring the weight of the vessel and its contents. The filling height of a vessel or tank can be calculated from the measured data of this gravimetric level monitoring. This measurement method offers a number of advantages:

In level measurement, the load cells must function regardless of the nature and condition of the media: liquid or solid, aggressive or mild, conductive or non-conductive, foaming or dust, steaming or icy, hot or cold, small or large grain sizes. The cells must also operate well regardless of the geometry of the vessel and whether the vessel medium is evenly or unevenly distributed. Such factors must not affect the measuring result or the permanent function. This also applies in temperature-critical applications and where robustness and high durability are required, such as in the steel industry.

Shear beams and bending beams in the agricultural industry

In the agricultural industry, stainless steel bending beams for weighing are very much in demand. When planting or fertilizing, for example, a lot of money can be saved through the exact distribution of the seeds or fertilizer. The basis for this, as is always the case with automation, is exact measured values. That’s why high-precision shear beams, which are also insensitive to side loads, are ideal.

Bending and shear beams are among the most commonly used load cells. Depending on the field of application, there are other force transducers that can be used. WIKA designs and manufactures load cells designed for ranges between 0.3 kg (0.66 lb.) and 300 tons.

Further information on the product range for force measurement, such as the Model F3833 bending beam and the Model F3831 shear beam, can be found on the WIKA USA website.

See also
Load Pins: What They Are and How to Use Them

Felix Brockmeyer Vice President
Industrial Instrumentation
WIKA USA
I believe that organizational success comes from the teams that are part of it and the example leaders set. Over the last 18 years, I have held various different roles in management and leadership positions, and in all, I am trying to build self-sustaining teams. Great teams drive the successful realization of WIKA’s Mission – to contribute to our customer's success by offering superior solutions.
Related articles
Environment HVAC Industry 4.0 aerospace alternative fuel case study community involvement force measurement green energy hydrogen vehicles power generation pressure measurement pressure transmitter refrigeration sanitary applications
News subscription
The WIKA news subscription informs you, free of charge, by e-mail whenever there is a new blog article. Simply define what subjects interest you and you'll be kept up-to-date! Subscribe