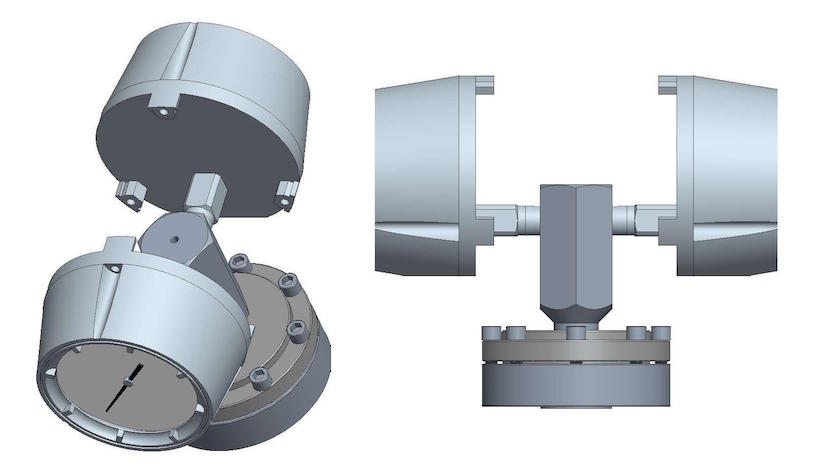 A company in the energy and water/wastewater sector contacted WIKA about installing a diaphragm seal on a pipeline with limited clearance, but with a specific stipulation: The process gauge had to be readable from both sides. WIKA’s Diaphragm Seal Division designed a custom solution that met the customer’s precise needs.

Industries ranging from petrochemical to pharmaceuticals rely on diaphragm sealsto measure pressure. With a strong yet flexible metal membrane, a diaphragm seal system ensures that sanitary media remain separate from the internal mechanisms of a pressure gauge, so as to avoid contaminating the product. Conversely, the membrane protects sensitive pressure sensors from extreme temperatures and/or aggressive media. Diaphragm seals also come in handy when a process connection is difficult to attach to a pressure measuring instrument.

Pressure from the medium transfers from the diaphragm to the system fill fluid, and the resulting pressure is transmitted to the measuring instrument.

A major U.S. company in the energy and water/wastewater industry was struggling to take physical readings of process pressures in the pipeline of a spent acid application. The first challenge was limited clearance, as the space had an array of low overhead piping that left little headroom for a large assembly. The customer also wanted to be able to read the gauge from either side of the pipe. 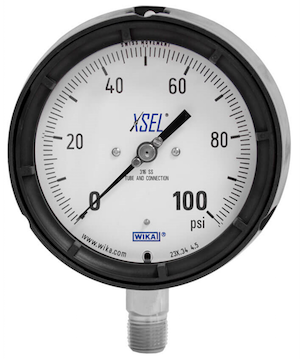 WIKA USA has a broad portfolio of diaphragm seal systems, but none of them filled the customer’s specific requirements. The situation called for a unique solution.

For this custom assembly, the engineering team at WIKA Diaphragm Seal Division (DSD) used two back-to-back XSEL® process gaugeswith a 300 psi range. Since a single diaphragm seal had to push against two gauges, the nipple was custom-designed to not only accommodate both instruments, but also to minimize volume – yet not so much that it wouldn’t be able to achieve a full-range push of both gauges. 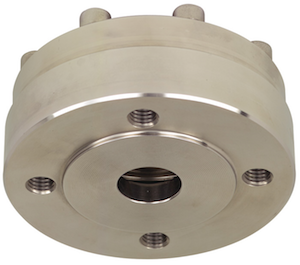 WIKA DSD chose a large 4.1-inch, high-volume diaphragm seal made of 316L stainless steel. The engineers customized the model 990.41with a stud bolt design, and coated the underside with PFA for extra protection against the corrosive effects of the spent acid. An internal diaphragm allows for accurate measurements even with a smaller flange connection – in this case an ASME 1-inch class 150 lb. flange. The assembly comprises a diaphragm welded to the upper housing, with the upper and lower housing of the flange bolted together, and stud holes machined in the lower housing to secure the process connection. As for the system fill fluid, the engineers opted for the silicone-based KN2, good for general purposes. The seal was mounted directly on the pipeline using a flanged process connection.

There were three reasons for choosing direct assembly over capillary extensions: limitations with system volume, space constraints that prevented a large assembly, and the client’s reluctance to add brackets on the pipeline to hold gauges. Direct assembly also offers good overload protection, as the diaphragm can support itself against the flange.

The customer was delighted with the custom solution that met all their requirements for space, two-sided readings, and reliability. They were especially pleased with the fast turnaround time: only five weeks from the RFQ (request for quote) to shipping the final product.