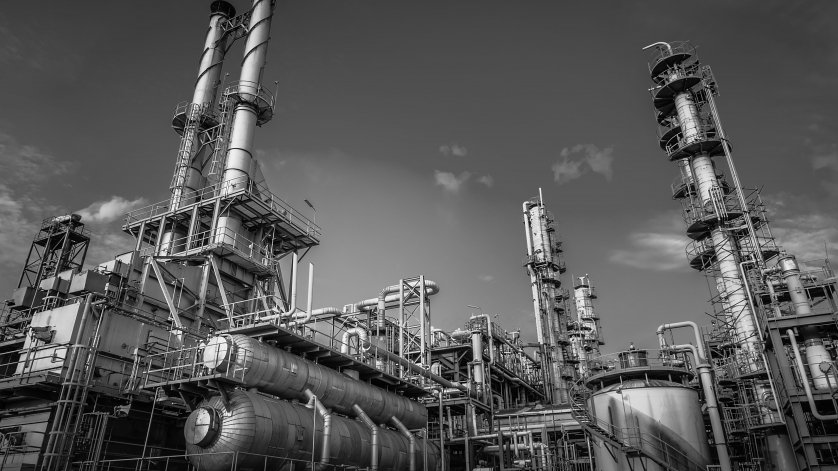 Extremely high temperatures over time lead to grain growth in type K thermocouples, which can cause metal separation and thermocouple failure. Fortunately, good solutions exist for minimizing the effect of grain growth.

The Causes and Effects of Grain Growth

Example of a metal’s crystal structure

Grain growth is a condition where a material’s crystallites, or grains, become larger. In thermocouples, it is a failure mode that has to do with a metal’s grain structure, different coefficients of expansion, and an application’s high temperatures – above 1,200°F (649°C) for type K.

A sheathed thermocouple contains three different types of metals: one in the positive conductor, another in the negative conductor, and a third type in the sheath. The sheath is usually made of stainless steel or another alloy, while each type of thermocouplehas a specific pairing of metal conductors. Type K, the most commonly used thermocouple, has a NiCr (Chromel®) positive leg and a NiAl (Alumel®) negative leg.

Each metal has a different coefficient of expansion – stainless steel has the largest, and the negative leg has the smallest. As a result, every time a type K thermocouple is exposed to high temperatures, the negative conductor leg undergoes stress. The crystal structure of NiAl goes from having many small grains (worked or manufactured state) to a few large grains (relaxed state). The large crystal structure has less mechanical “roughness” and fewer “ledges,” causing the negative conductor to actually separate when stressed by the differential expansion. Small conductors are also more susceptible to grain growth than large ones.

Grain growth and failure in type K thermocouples has been well established. In one test, type K thermocouples sheathed in 310 stainless steel with a ¼”outside diameter (OD) were subjected constantly to temperatures between 2,000°F and 2,100°F (1,093°C and 1,149°C). All samples showed extensive grain growth of two to five grains in cross-sections of the Alumel wire over time, though not all of them failed. The failure rates over time:

How to Reduce Grain Growth and Minimize Its Impact

There are three main ways to reduce grain growth in type K thermocouples.

Inconel® 600 has a coefficient of expansion that is closer to those of the conductor wires. This alloy works well at high temperatures but only in environments without sulfur or another reducing agent, which can cause chromium oxidation, or “green rot.”

I600 was the material of choice for reducing grain growth for many years, until new materials came along. Pyrosil®D or Incotherm® Alloy TD – these are the same product but made by different manufacturers – confer even better protection against grain growth. This alloy is formulated to contain fewer contaminants than stainless steel and has a coefficient of expansion that almost exactly matches type N thermocouple’s conductor expansion. In fact, for high-temperature furnace applications, it has become standard practice for major refinery companies to use thermocouples sheathed in Pyrosil/Alloy TD.

As long as type K thermocouples are repeatedly exposed to extremely high temperatures, grain growth is a possibility. But thanks to newer, better metallurgies and engineering, grain growth is no longer the major threat it used to be. WIKA’s temperature measurement specialistsunderstand furnace tubeskin thermocouplesand the unique requirements of refineries. Contact them to learn about the best thermocouple types and assembliesfor your applications.