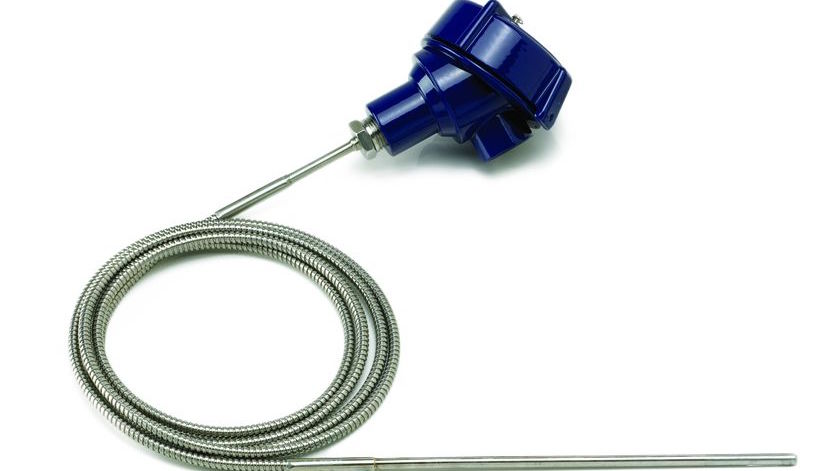 Electrical temperature measuring instruments have an alarm that warns operators of a malfunction, such as an open circuit. However, loose wires or a broken terminal block can cause the alarm to sound, even though the device itself is fine. To prevent such false alarms, WIKA USA has developed a practically engineered terminal block for industrial thermocouples.

Although extremely robust and accurate, industrial thermocouples can fail and result in temperature measurement errors. The reasons are age, oxidation, mechanical stresses, material incompatibility with the process, and so on. A useful feature of modern temperature measuring instrumentation is an alarm that warns operators when the device malfunctions. If a thermocouple is damaged, the circuit opens and an alarm sounds. A quick thermocouple replacement solves the problem, and operations continue as usual.

However, sometimes technicians find that the supposedly broken thermocouple they are replacing was actually in fine condition. These false alarms are not only a nuisance, but they also waste time and lead to unnecessary thermocouple replacements. What’s more, there’s the problem of “crying wolf”: Too many false alarms diminish the confidence operators have in their system. So, why would an alarm sound if the instrument was not defective?

The temperature experts at WIKA USA set out to discover the reasons behind false alarms in industrial thermocouples. They soon found a problem with the terminals and the terminal block, and not with the sensor itself: The terminal blocks were cracked or broken, and the thermocouple terminals were becoming loose inside the block. These loose connections were giving intermittent signals to the instrument and triggering the alarm. This was the case particularly in applications where the temperature measurement system was subjected to high vibrations. Thermocouples with stranded wires made it worse, as the strands can separate with time and lose proper contact altogether.

The Crastin® terminal block prevents loose connections, a cause of false alarms in industrial thermocouples.

WIKA’s engineers went back to the drawing board and designed a robust, reliable terminal block that eliminates the problems of loose thermocouple connections.

The improved terminal block is made of Crastin® PBT (polybutylene terephthalate), an easily moldable – though stiff and tough – thermoplastic polyester resin. It has good heat resistance and excellent electrical insulation properties. WIKA’s Crastin terminal blocks are manufactured to match the temperature rating of the junction box or of the field connection wires. The screws that hold the terminals have special slots that spread stranded wires and clamp them tightly. These screws can safely secure wires from 16AWG down to 36AWG. The block also has channels that separate the wires and prevent them from shorting out against each other.

For years of reliable service with minimal downtime, pair an industrial thermocouple – the TC15 or the TR10-X series is a solid choice for a variety of applications – with a Crastin® terminal block.

A reliable monitoring system ensures safe operations. False alarms, on the other hand, are a huge waste of time, effort, and money. To learn more about WIKA USA’s innovative terminal block for industrial thermocouples, contact our temperature specialists.