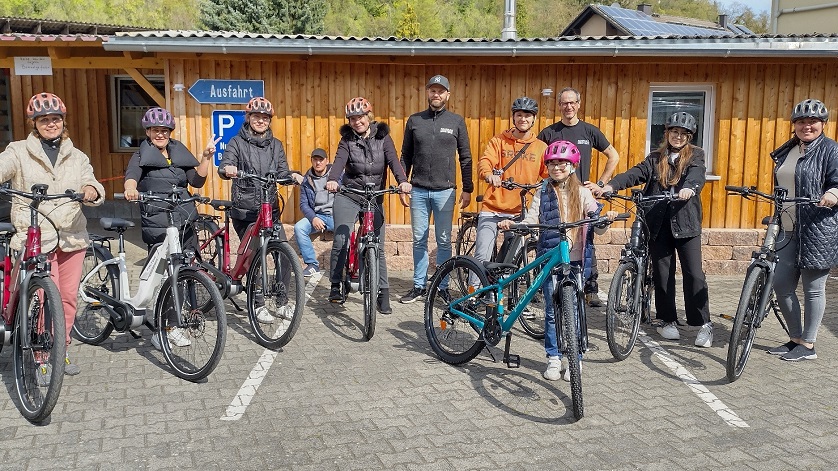 The WIKA Group raised €150,000 from its subsidiaries around the globe, including WIKA USA, to support Ukrainian refugees who have temporarily settled in southern Germany. The company also converted two of its buildings into emergency housing.


Ever since Russia invaded Ukraine in late February, millions of Ukrainians have poured across the borders into neighboring countries and then deeper into Europe. One of the most welcoming nations is Germany, which has received more than 900,000 refugees as of August, according to the United Nations.

Shortly after Ukrainians started entering Germany, the employees of WIKA’s corporate headquarters in  Klingenberg am Main knew they had to offer assistance to these newcomers. A call went out to all the subsidiaries, asking for financial donations, and the response reflected the company’s generosity.

Collectively, WIKA USA raised more than $6,500 from employees in its various locations. Senior executives decided to “round up” and sent a total of $10,000 to Germany. In all, WIKA collected €80,000 from employees worldwide and then contributed €70,000 more.

Part of the €150,000 has already been disbursed to various relief agencies in Bavaria, including the Red Cross, with the remainder set aside until refugees can safely return to their country. Rebuilding and restarting won’t be easy, and WIKA wanted to ensure that Ukrainians receive aid now as well as when they go back home.

WIKA wanted to do something more tangible to meet these displaced people’s immediate needs, and CEO Alexander Wiegand had just the idea. He contacted the local Lions Club and offered up a building in Plant 2 as emergency accommodation. With bedrooms, full bathrooms, a lounge area, and a large communal kitchen with all the necessary equipment, it was the ideal housing for these newcomers. A second wave of mostly women and children were housed in the employee cafeteria.

Mobility is an important aspect of feeling independent and at home in a new place. That’s why WIKA worked with a local bicycle shop to provide electric bikes of various sizes for the Ukrainian kids and adults to use while in Klingenberg am Main. Each person also received a free helmet and instructions on how to operate an e-bike.

WIKA, an Engaged Corporate Citizen around the World

WIKA’s motto, “Part of your business,” speaks to how the company works closely with manufacturers to maximize safety and efficiency. However, WIKA is also an integral part of the communities in which it operates. Taking care of the less fortunate and offering tangible aid – from blood donations to brightening children’s Christmas – are part of our core values, at home and around the world.

Jessica Woodside Senior Marketing Manager, Campaigns & CommunicationsWIKA USA
I have been working with WIKA since September 2017. I came on board with the company in a Campaign Strategist role, and was promoted to Senior Marketing Manager in charge of Marketing Campaigns, Content Creation, and Communications. I hold an MBA in Marketing from J. Mack Robinson College of Business at Georgia State University and a BA in Literature from the University of North Carolina at Asheville.
Related articles
Industry 4.0 Safety WIKA WIKA Insight WIKA career community involvement community service company culture continuous improvement core values customer satisfaction employee relations excellence force measurement sustainability
News subscription
The WIKA news subscription informs you, free of charge, by e-mail whenever there is a new blog article. Simply define what subjects interest you and you'll be kept up-to-date! Subscribe