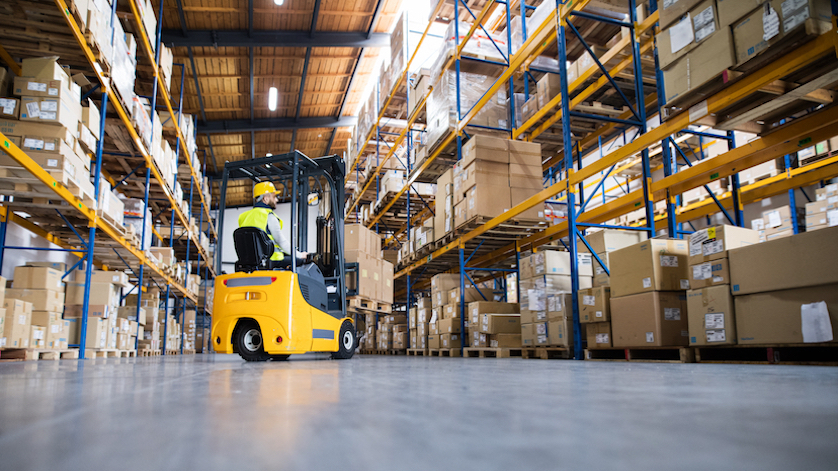 In hydrogen-powered vehicles, the gas in the H2 storage tank has to be regulated through a series of control valves before reaching the fuel cell. Pressure instruments play an important role in this process, but standard pressure sensors fall short in hydrogen applications because they lack suitable sensor materials. WIKA’s MH-3-HY is specifically designed for vehicles that use hydrogen fuel cells. What’s more, it has EC79/2009 approval.

Manufacturers of off-road machinery, trucks, and buses are increasingly interested in hydrogen as a fuel source. Why? Customers’ demand for greater safety, environmentalism, performance, and efficiency. Hydrogen-powered vehicles are much cleaner than those with internal combustion engines, as the only byproduct of mixing hydrogen and oxygen is water vapor. Zero emissions is especially a concern for vehicles used indoors – forklifts, scissor lifts, tow tractors, order pickers, and transportation vehicles – as combustion engines release dangerous carbon monoxide, volatile organic compounds (VOCs), and other harmful byproducts into the air, even when vehicles contain the latest in pollution control equipment.

Battery-powered electric vehicles are clean, but the main drawback is their limited range and, thus, the need for frequent recharging. What’s more, each charging cycle can take several hours, which means these machines are sitting idle instead of producing work, reducing the company’s ROI for these assets. Hydrogen-powered vehicles, on the other hand, take only a few minutes to refuel, and are back into operation immediately. Fuel cells are also lighter than traditional batteries, an advantage when weight is an important consideration. Countries in East Asia (especially Japan) and Western Europe are frontrunners when it comes to hydrogen fuel cell vehicles, but others are catching up. 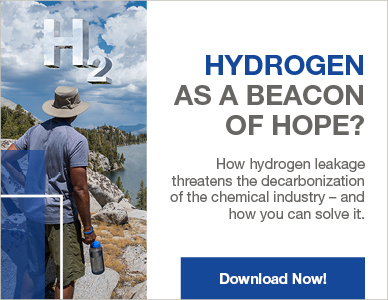 The compressed gas in hydrogen fuel tanks is under high pressure: around 5,250 psi for most off-road machinery and municipal vehicles. Before the hydrogen reaches the fuel cell to be converted into energy, its stored pressure has to be reduced to the fuel cell working pressure. For greater control and safety, this process usually takes two steps:

As with any pressure sensor, it has to be accurate and robust enough for a particular application. However, H2 applications pose challenges to these requirements because the molecule breaks down into two hydrogen ions. These atoms can easily enter the crystal structure of many common metals, including stainless steel, and the diffusion process accelerates at higher temperatures and pressures. This is called hydrogen permeation, and it does two things in a pressure sensor:

To prevent hydrogen permeation, a pressure sensor can have a gold-plated flush diaphragm membrane. However, this option is usually too expensive for most hydrogen fuel cell vehicles. A more cost-effective solution is to use a special alloy that’s less susceptible to hydrogen permeation.

WIKA’s MH-3 has long been the OEM electronic pressure sensor of choice for extreme operating conditions. We have now created a version specifically for vehicles that use hydrogen fuel cells as their primary source of electric power.

The MH-3-HYfeatures the same accuracy, dependability, and robust design of the MH-3, but with a welded metal thin-film sensor made of W.Nr 2.4711 (Elgiloy®), a cobalt-chromium-nickel-molybdenum alloy with high fatigue strength and excellent corrosion resistance. This pressure sensor has no polymer seals to the media and no oil filling, making it ideal for hydrogen applications with a pressure range of 300 to 8,000 psi.

With these measures, the MH-3-HY has earned the EU’s EC79/2009 approval for hydrogen-powered vehicles, making it much easier for OEMs to certify their entire hydrogen system. WIKA is one of very few companies that manufacture EC79/2009-approved pressure sensors. What’s more, we produce the MH-3-HY on a highly automated line, which means we can provide customers large quantities with reliably high quality. (Other manufactures use semi-automated or manual lines.) We also 100% check each sensor at the end of the line, and helium-test each for leaks.

More municipalities and businesses are interested in reducing their carbon footprint without sacrificing performance and efficiency, and one way to do that is to add hydrogen-powered buses and mobile machines to their fleets. WIKA’s broad portfolio of measurement products is part of that move toward a cleaner future. In addition to the MH-3-HY, we offer a variety of pressure transducers, temperature sensors, float switches, and related accessories for hydrogen applications ranging from distribution and storage to building energy. As the fuel market continues to shift and evolve, WIKA USA is there. Contact us for more information.

Product mentioned in this article:

Jeff Placek BSEE, MBA
Business Development Manager - Industrial Instrumentation Division
WIKA USA
I have over 25 years of experience working with instrumentation in diverse industrial and process industries. As Market Segment Manager for Mobile Working Machines I work closely with industry leading companies in the development and specification of sensors for next generation machines. In this blog I would like to interact with like-minded professionals and share my knowledge and experience with instrumentation and sensors for off-road machinery.
Related articles
Diaphragm Monitoring System Diaphragm seals Food industry Safety Thermocouple case study chemical high temperature hydrogen multipoint temperature measurement oil and gas pressure measurement refinery syngas temperature measurement
News subscription
The WIKA news subscription informs you, free of charge, by e-mail whenever there is a new blog article. Simply define what subjects interest you and you'll be kept up-to-date! Subscribe