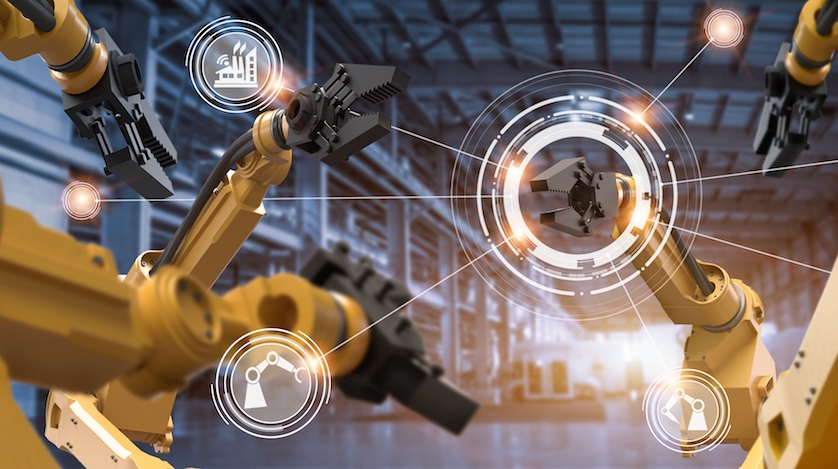 In August 2020, WIKA made a majority investment in Phase IV Engineering. This latest partnership means the company is better poised than ever to offer customers the best in measurement technologies and Industrial Internet of Things (IIoT) solutions.

Wireless sensing is the backbone of the Industrial IoT (Internet of Things), which allows manufacturers to benefit from greater efficiency, better process controls, and predictive maintenance. It’s little wonder that WIKA chose to make a majority investment in Phase IV, a small but mighty engineering firm based in Boulder, Colorado, that makes world-class systems for remote sensing.

WIKA USA spoke with Scott Dalgleish, CEO of Phase IV, to find out more about IIoT and what this partnership means for both companies.

Felix Brockmeyer: Let’s first talk about your company’s name. Does the “four” in Phase IV have anything to do with Industry 4.0, or the Fourth Industrial Revolution?

Scott Dalgleish: Actually, Phase IV Engineering has been around longer than the idea of Industry 4.0. When we were founded in 1992, most projects had three phases: prototype, final design, and production. Our founder added a fourth phase, the “success phase,” and thus our name.

FB: What led you to contact WIKA about a majority investment and partnership?

SD: WIKA has long been on my radar as an absolute leader in the industry. You are in the top 20, in both the US and the world, for industrial automation. And with Leap Sensors®, we feel we have created the world’s best industrial wireless sensing system, both from a technical perspective and a true understanding of the industrial client.

WIKA understands that industrial clients often need a tailored product, and Phase IV is also happy to work with a client to adapt an off-the-shelf design. We were looking for the right partner to leverage the Industrial IoT solutions that we have, and with WIKA doing the same sensing that we do, I think it’s a great fit.

FB: I agree. Let’s talk a little more about IIoT. Most people are familiar with the IoT, or the Internet of Things. The prime example is Alexa. Is Industrial IoT just IoT but on a larger scale?

SD: In Industrial IoT, there’s a higher expectation for the physical components to be very rugged and capable of operating in harsh environments – dirt, strong vibrations, high temperatures, etc. Alexa doesn’t have to worry about any of that!

Another thing about IIoT is the two-way communication. Since we also write our own firmware and software, we can reprogram sensors over the air, even if they’re halfway around the world. Let’s say a client is using Leap Sensors® to monitor vibration. If they need to monitor something else as well, like temperature and force, they just let us know, and we will reprogram the software to the new configuration and automatically update it behind the scenes. The end user doesn’t have to do anything else.

FB: I imagine a lot of manufacturers are hesitant to adopt IIoT because they think it’s complicated and costly. What do you say to them?

SD: Well, it can be complicated and costly, but not with Phase IV. Let me explain. For the vast majority of suppliers in the Industrial IoT space, what they’re doing is selling components – pieces of the solution – and then expecting end users to figure it out themselves and put everything together.

SD: Yeah, something like that! Most wireless suppliers in the industrial market sell “just the radio” – meaning the end users are expected to integrate the sensors, handle the wiring, write the firmware, pick the right enclosures, take care of data security, and so on. That’s extremely complicated. What’s more, it’s very hard to get that right. It has taken us more than 25 years to really figure out the right combination and balance. So, we’ve put all those things together and, with a lot of trial and error and customer feedback, we think – no, we know – we got it right.

FB: Leap Sensors® do have some pretty impressive features.

SD: Absolutely! One of our specialties is high-temperature sensing, which comes from our previous work in aerospace. We actually have the only wireless sensor on the market that can withstand temperatures up to 250°F (121°C). The upper limit on our competitors’ products is only around 185°F (85°C). We designed the enclosure, battery, and parts – especially the electronics – to withstand high temperatures. This was a big issue, but we’ve solved it.

Another thing is that our system has a modular design, with transceiver nodes that are capable of supporting multiple sensors that can monitor different things, like temperature and vibration. Leap Sensors® also integrate “edge computing,” which mean they analyze data at the source based on input from the various sensors. Because of these and other innovative features, our clients typically see an ROI within three months.

FB: Are there any particular industries that would benefit from Phase IV technology?

SD: The focus is on manufacturing and production processes. Equipment monitoring is big, especially the remote monitoring of the temperature and vibration of rotating equipment. Our technology is found in power generation, industrial machinery and automation, pharmaceuticals and biotechnology, and many other markets.

We currently do not work with oil and gas because they need intrinsically safe or explosion-proof sensors, and Leap Sensors® won’t meet those requirements at this time.

FB: So, how does a company get started in IIoT? It’s not just a matter of grabbing something from off the shelf, right?

SD: Right. The best thing to do is to talk to an expert at either WIKA or Phase IV. We find out all we can about a customer’s particular application, and then make recommendations for the optimal solution for them. We often have a solution that is simpler and more cost-effective than the one they envisioned.

FB: Thanks so much, Scott. WIKA is really looking forward to all the possibilities of this partnership.

SD: The feeling is mutual, Felix.

Felix Brockmeyer Vice President
Industrial Instrumentation
WIKA USA
I believe that organizational success comes from the teams that are part of it and the example leaders set. Over the last 18 years, I have held various different roles in management and leadership positions, and in all, I am trying to build self-sustaining teams. Great teams drive the successful realization of WIKA’s Mission – to contribute to our customer's success by offering superior solutions.
Related articles
Diaphragm Monitoring System Downtime HVAC Pharmaceutical industry Safety Thermocouple case study furnace tube green energy oil and gas power generation pressure measurement refinery temperature measurement thermocouple assembly
News subscription
The WIKA news subscription informs you, free of charge, by e-mail whenever there is a new blog article. Simply define what subjects interest you and you'll be kept up-to-date! Subscribe