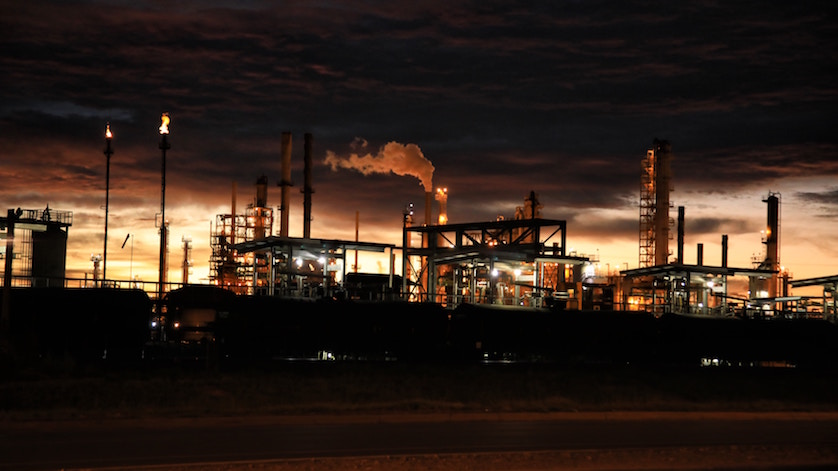 A major U.S. refiner was disappointed with the performance of its thermocouple arrays in hydrotreaters, as the cheaper sensors failed after almost every turnaround. WIKA solved the problem by replacing the old sensors with the high-performance Gayesco Flex-R® flexible radial thermocouple assemblies, which ended up being a much more economical solution in the long run.

The petrochemical industry relies on hydrotreaters to remove sulfur, ammonia, and other contaminants from a hydrocarbon stream. The clean stream is then used as feed for other units – reformer, fluid catalytic cracker (FCC) – or as a final product, such as diesel or kerosene.

How a Hydrotreater Works

To clean up the intermediate feedstock, it is mixed with hydrogen within a hydrotreater and then heated at high pressure in the presence of a catalyst.

Temperature is a major determining factor in the safety and performance of hydroprocessing units. Refineries continually monitor and control temperature at various points to maximize the chemical reaction, extend the life of the catalyst, and ensure proper decontamination.

A major U.S. refiner has a cat feed hydrotreater and a diesel hydrotreater, both with a history of operational challenges. These units suffered from frequent end-of-run hotspots and coke ball formation, which made catalyst dumping difficult and also destroyed the sensors in their linear multipoint arrays.The latter meant thermocouple replacements after almost every reactor turnaround (TA). In addition, there were dry spots caused by channeling in the catalyst bed.

Why were all these issues happening? It turned out that the company’s previous corporate culture pushed for cheaper instruments as a way to save money. Compounding the problem was that the low-cost manufacturer provided inexperienced and inadequate installation support onsite. Cutting corners may have been okay for lower-temperature processes, but budget thermocouple arrays proved to be woefully inadequate for the demanding conditions in a hydrotreater. 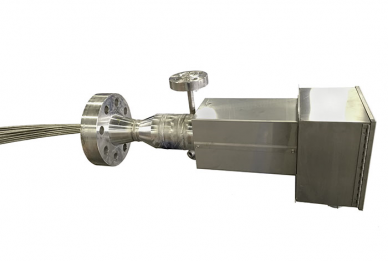 After examining the hydrotreaters and their linear multipoint arrays, WIKA’s experts for refinery applications suggested replacing the sub-par temperature sensors with our Gayesco Flex-R® multipoint thermocouples. These assemblies are ideal for monitoring temperature in reactors, regenerators, and hydroprocessing units, which are essential for detecting hotspots and uneven flow distributions.

The individual thermocouples of the Gayesco Flex-R® can be easily routed in a way that minimizes the impact of the sensors on flow and catalyst loading, reducing the chances of maldistribution and possible hotspot formation. These assemblies not only provide a superior, low interference, and durable routing option, but can also be calibrated and repaired in situ. The Gayesco Flex-R® is SIL 3 (SC Level 3) certified, ensuring accurate and reliable temperature measurements.

While this system is 30% more expensive upfront when compared to the cost of the refiner’s old linear multipoint, our product offers a lower total cost of ownership by lasting for several TA cycles rather than just one. Longer life means savings not only in product replacement costs, but also in service and installation time and their associated expenses.

WIKA has worked with the refining and petrochemical industry for many decades. As such, we have developed a complete line of high-quality temperature measurement solutions for this industry. Contact us for help in solving your toughest challenges.