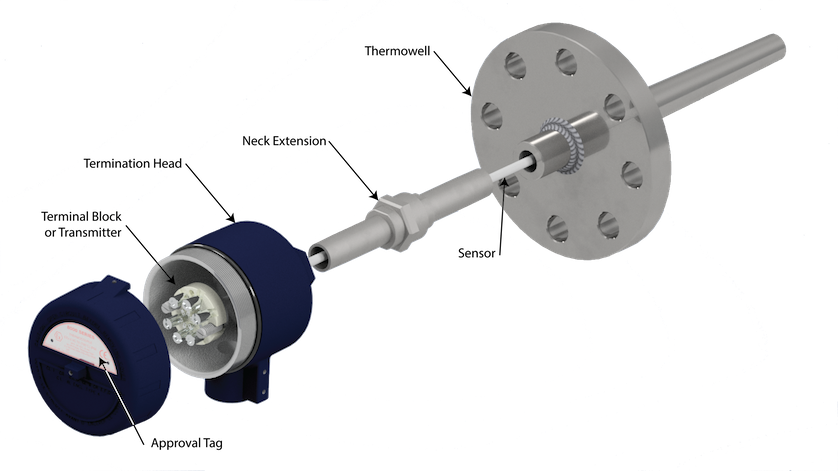 A product with FM Approval means it has undergone very rigorous testing and met extremely high standards for safety and reliability. That’s why WIKA was thrilled when our T15 and T16 temperature transmitter assemblies – not just certain components – received FM Approval in December 2019. 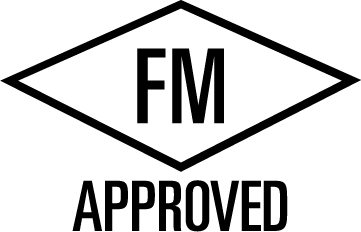 FM Approvalsis known around the world as a leader in product testing and certification, focusing on electrical systems, fire protection equipment, and building materials. Users look for that “FM APPROVED” tag, as it attests to a product’s quality, technical integrity, and performance.

However, some manufacturers may imply a certain assembly has FM approval when, in reality, only one component does. When a non-certified component fails, the result can be a serious safety hazard that the end user is responsible for.

Components in a Temperature Transmitter Assembly

Let’s take the case of temperature transmitterassemblies. These units usually include a temperature sensor, its protective metal sheath, a neck extension (union), a termination head, and finally the transmitter itself. For protection against harsh media, the sensor can be inserted into a thermowell.

Some manufacturers sell temperature transmitter assemblies with, for example, just an FM-approved termination head. The approval tag would list just the head’s model number, but uninformed buyers may think the entire assembly has FM Approval. Any attached non-certified parts, such as the unions or the transmitter itself, could fail under the tough conditions that a certified component could withstand. If that non-certified part were the cause of an explosion, the plant would suffer a major incident.

WIKA’s T15and T16digital temperature transmitters received FM approval back in 2018. Knowing the importance of customers’ peace of mind, our temperature measurement specialists pushed to have the entire assembly FM approved – a process that was completed in December 2019. Customers would get a certificate for the whole assembly, and a tag on the head states the entire assembly has FM Approval.

The T15 is designed for Pt100 and Pt1000 resistance thermometers(RTDs) and potentiometers. It is ready for operation in less than three seconds, and offers a high basic accuracy of 1% of span at a rate of up to 20 measured values per second. The T16, for use with thermocouples, is also highly accurate; the deviation and measuring range will depend on the type of thermocouple used. Both models are competitively priced.

Available in head-mounting and rail-mounting versions, the T15 and T16 are well suited for machine building, plant construction, and process applications. They have excellent EMC stability and EMI protection. In addition to FM Approval, they also come with CSA, ATEX, and IECEx approvals for use in hazardous areas. WIKAsoft-TT simplifies programming, parameterization, and the electrical connection of these units. This software also allows users to select the temperature sensor’s measuring range, error signaling, damping, and the storage of measuring points and process adjustments.